ZIMBABWE MIGHT BE FORCED TO CULL LARGE NUMBERS OF LION 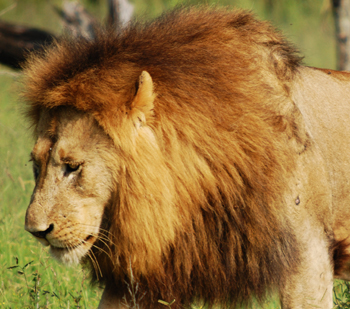 ZIMBABWE MIGHT BE FORCED TO CULL LARGE NUMBERS OF LION

Reportedly the issue of Cecil the Lion has created a situation where international hunters do not want to hunt lion in Zimbabwe.  The upshoot thereof is that Zimbabwe will possibly have to cull a large number of lions.  Read here - Zimbabwe Park to Cull 200 Lions......................

A wildlife reserve in Zimbabwe says it may have to cull 200 lions in the absence of hunters.

One of Zimbabwe’s largest wildlife reserves, the Bubye Valley Conservancy, recently announced that it was considering culling up to 200 lions as the cats have become increasingly overpopulated. The wildlife reserve said its current population of around 500 lions is unsustainable due to the dramatic decline in hunters, possibly caused by the controversy over Cecil, a lion killed near Hwange National Park last year. Bubye officials say that without hunters to help manage the lion population, they are considering either hiring marksmen to shoot some of the animals, or capturing them and donating the cats to other reserves. Bubye has historically held one of the largest lion populations in Zimbabwe.

“I wish we could give about 200 of our lions away to ease the overpopulation,” Blondie Leathem, the conservancy’s general manager, told the National Post. “If anyone knows of a suitable habitat for them where they will not land up in human conflict, or in wildlife areas where they will not be beaten up because of existing prides, please let us know and help us raise the money to move them.”

Leathem explained that the lions are a big threat to the park’s other denizens, which included antelope, giraffes, leopards, and a number of other native species. This problem is exacerbated by the fact that the conservancy is trying to recover from one of the driest summers on record.

Hunters traditionally helped to keep lion numbers in check, as well as bringing a much needed financial boost to the park. However, officials are now blaming something they call the “Cecil effect” for the lack of hunters. In 2015, the hunting of a black-maned lion named Cecil by an American dentist, Walter Palmer, drew international outrage after the Zimbabwe government accused Palmer of poaching. The charges were later dropped, but activist groups continued to target big game hunters in Africa and urged many governments, including Zimbabwe, to close their borders to hunters. This is despite the fact that many conservationists have long agreed that hunters are needed to not only manage wildlife populations, but also provide the funds to protect the same species they hunt.

Game species are not the only wildlife that hunters benefit. According to the Bubye Valley Conservancy, it is funds from sportsmen and women that allowed it to create its rhino conservation project, which manages the third largest population of black rhinos in Africa.

“Today, the hunters’ legends live again in the Bubye Valley, where populations of animals have had the time and the space to grow to maturity,” Bubye stated on its website. “Thriving herds live in balance on the open savannah, the mopani woodlands and in the dense riverine forests. The diverse habitats found in the Bubye Valley Conservancy now support an astonishing 35 species of wild, free-ranging game animals including the classic Big Five.”

Big lion cull in Zimbabwe 'not yet necessary'

Harare - A big cull of lions at an over-populated conservancy in southern Zimbabwe is "not yet necessary", a top researcher says.

Responding to claims that Bubye Valley Conservancy is about to cull up to 200 lions, Dr Byron du Preez told News24 that the possibility of a cull has been discussed but "[we] have agreed that for now, this is not necessary yet and we will continue to try and translocate these animals until our hand is forced."

Wildlife lovers have been loud in their condemnation of a possible cull at Bubye, fuelled no doubt by the furore that surrounded the July 2015 killing of Cecil the lion near Hwange National Park in western Zimbabwe.

In the wake of the killing, US dentist Walter Palmer who shot Cecil, became a global figure of hate. Since then the number of big game hunters travelling to Zimbabwe from the US appears to have dropped.

Du Preez, who runs the Bubye Valley Conservation Research Initiative, said the exploding population of lions in 3,000 kilometre-squared Bubye is putting huge pressure on other species living in the privately-owned conservancy.

Bubye is much smaller than Hwange's 14 000 square kilometres.

"We have a whole ecosystem of animals to conserve, not just lions," he said.

"We are starting to see declines in even the more common and robust prey such as zebra and wildebeest, not to mention the more sensitive species such as sable, kudu, nyala, warthog and even buffalo and giraffe," he added.

In fact, an over-population of lions in a restricted area can result in cubs starving to death.

He told News24: "A high density of lions can severely reduce the density of their prey, ultimately leading to the death of lions via disease and starvation, far more horrific than human operations conducted by professionals."

Du Preez estimated that Bubye has a lion population of between 503 and 552 lions.

While the conservancy's carrying capacity of lions stands at around 500, that figure is only viable if some of the animals can be hunted to generate funds, he says.

The agreement not to cull the lions - for now - was reached in August 2015, according to the researcher.

Previous attempts to translocate lions from Bubye Valley Conservancy "have been derailed by factors entirely out of our control," Du Preez said.

A tentative plan to raffle a lion hunt at the conservancy was called off last month after a media outcry. Tickets were selling at $1 500 each. The organisers said the intention was to raise money for conservation, adding that the raffle would have raised more than $50 000.