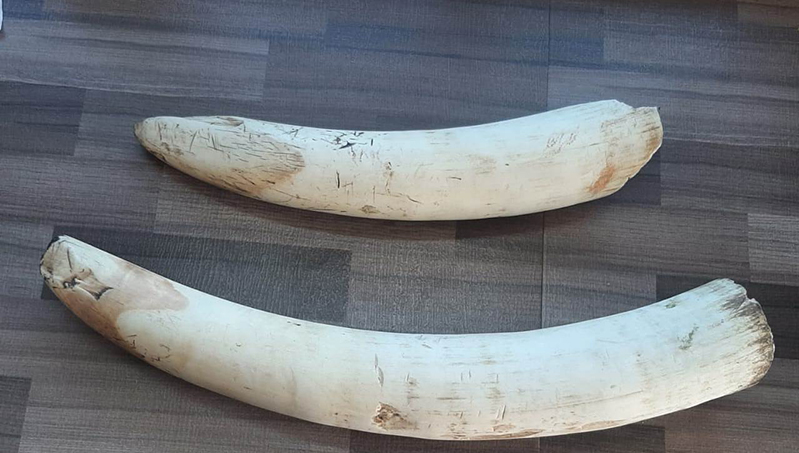 Notably, the animal rights fundraising industry influenced-U.S. ban on elephant trophy hunting imports did not save a single elephant for the past five years when it was in force. Opinion by Emmanuel Koro

The Western Animal Rights Groups’ fundraising industry has once again been exposed for what it is – focused on raising funds by telling the world lies, including the U.S. Government that when you ban trophy hunting imports you save elephants.

The animal rights fundraising industry lies were exposed again this year when the U.S. courts decided to listen to the truth coming from Africa (Namibia and other countries) and the Dallas Safari Club; that Botswana, Namibia, Tanzania, South Africa, Zambia and Zimbabwe’s elephants are not and will never be threatened by hunting because hunting is a scientific wildlife management measure. It is a tool used to manage wildlife at a local population and not at universal species level.

Accordingly, I would like to warn the Western animal rights groups such as the Human Society International that this time, I will take the lead in having them together with other animal rights groups from the U.S. prosecuted for violating the U.S. Racketeering Influenced Criminal Organisations Act (RICO). According to the RICO ACT the animal rights groups’ fundraising industry is a criminal activity. They are telling lies, in order to make large sums of money from the people who are ignorant about the true status of  African wildlife and how important hunting is to manage both endangered and species that are not endangered.

This interpretation is derived from the fact that animal rights propaganda is, more often than not, based upon carefully fabricated lies.  Indeed animal rights NGOs continuously manufacture and spread far-and-wide, countless, extravagant and highly emotive falsehoods in order to capture public attention. One such myth (for example) is that ‘the African elephant is facing extinction’ – which is not true.  Having upset public emotions with such an emotive and false statement,  however, the animal rightists then set about begging for donations from whoever they can fool to part with their hard-earned cash. They promise their donors to use whatever money they are able to so raise, to make sure the elephant does not become extinct.

In order to increase their chances of earning more money, the animal rights groups' fundraising industry broadcasts its lies far and wide and tell it repeatedly in the media. They collect a lot of money by way of donations from the general public that they have purposefully lied to. The money, however, is not used for the reasons it was collected.  It goes into the bank accounts of those who collected it. None of this donation money makes its way back to Africa to ‘help the African elephant to survive.’

That general deception constitutes ‘common fraud’.  According to the RICO Act, if that same fraudulent act is carried out a second time inside a period of 10 years,  the original crime of  ‘common fraud’ is legally reconstituted, and becomes a racket.  The U.S. Government’s racketeering act – RICO Act says this is  ‘organised crime’. The Human Society International and other members of the animal rights groups’ fundraising industry have just committed that crime in less than 10 years, by lying to the Obama and the Donal Trump administrations.

Therefore, the general public in Africa and worldwide should not support animal rights groups' fundraising industry because their wealth is built on lies about African wildlife in particular and wildlife from other parts of the world in general. They give more rights to animals than they give to humans. They are violating African people’s sovereign and human rights when they tell lies that restrict the lucrative hunting industry or result in trophy hunting imports ban as they did under Barak Obama and Donald Trump and as they are currently doing under U.S. President Joe Biden.  This takes away the socioeconomic and wildlife and habitat conservation benefits that hunting brings to Africa. It takes away the opportunity for African hunting communities such as Zimbabwe’s Masoka hunting community the opportunity to continue building schools that produce medical doctors, nurses, teachers, and wildlife managers.

If these organisations are not stopped from lying they will cause greater harm to African wildlife, worse than that caused by poachers. When they succeed in lying to their governments to ban trophy hunting imports it triggers anti-wildlife conservation feelings in African communities. Without benefits from wildlife, Africans would rather poach it. Now you can understand how animal rights groups are by virtue of their lies that lead to hunting imports ban and removal of benefits from hunting revenue; are harmfully creating feelings of collaborating with poachers. When that happens more African elephants are poached than in situations when communities are benefiting from wildlife and not collaborating with poachers.

Therefore, wildlife-rich African countries such as Botswana, Namibia, South Africa and Zimbabwe should not entertain the animal rights groups' fundraising industry because it is taking away their sovereign and human rights to benefit from their wildlife through international hunting and other forms of wildlife trade.

Sadly, this threat continues to grow as the Western animal rights fundraising industry has become more and more innovative. We have seen in the 21st century a new form of threat from them. They ensure that the election manifestos of ruling parties in Britain and the U.S.A. – one of the world’s superpowers; are anti-hunting so that they can profit from it. The leading political parties then selfishly agree to such harmful proposals, in order to win more votes. The animal rights groups do it to make more money. In sharp contrast, the wildlife-rich but poor African countries such as Zimbabwe, Tanzania and Namibia continue to needlessly lose opportunities to benefit from international hunting revenue that is supporting wildlife and habitat conservation as well as socio-economic development in hunting communities where most people are still walking barefoot, lack clean-drinking water and toilets.

Therefore, Western animal rights groups and governments should be very embarrassed with their harmful anti-international hunting actions. This shows a trend of  the continued exploitation of Africa from slavery to colonialism to the 21st century where such behaviours don't have space. Stop it please.

Fortunately, the U.S. Government has this month broken ranks with animal rights groups by lifting the ban on elephant trophy hunting imports that had been in place for five years.

The decision reverses an agency-wide hold on processing elephant trophy import permits that was put in place during the Trump administration in November 2017, and has since prevented any elephant tusks, tails or feet from being brought into the country.

The reversal is the result of a September 2021 settlement with the Dallas Safari Club, a big-game hunting organization that sued the Trump administration in December 2019 for pausing trophy permit processing. The Environment and Tourism Ministry of Namibia was also a plaintiff in the case. The Fish and Wildlife Service is required under the settlement to process the permits of the 11 hunters named in the suit, as well as 73 other outstanding permit applications. That could potentially lead to additional trophies being brought into the United States from countries that allow limited hunting of elephants for sport.

Meanwhile, I say well done, to the U.S. Government and your wildlife and environmental management agency (Fish and Wildlife Service), for settling a lawsuit filed during the Trump administration and finally granting six permits to bring elephant hunting trophies to your country. We hope you will approve the importation of more elephant hunting trophies in the coming months. This would send the correct signal to the British Government which seems to have decided to scrap the introduction of a Bill to ban imports of hunting trophies from different countries worldwide. If this Bill goes ahead, it will harm the hunting industry that has great potential to grow Africa’s wildlife economy at the same time promoting wildlife and habitat conservation. Elephant hunting trophy-dependent safari hunting companies in Tanzania have closed down following the U.S.’s five-year ban on importing elephant hunting trophies from African countries. Jobs have been lost. Families of hunting employees have been negatively impacted.

The five-year ban on the import of African elephant hunting trophies into the U.S. has not saved a single elephant. Instead, it created dangerous feelings among affected African hunting communities to start collaborating with elephant poachers. Fortunately, those feelings have temporarily been halted by the U.S. Government when it lifted the five-year ban on elephant hunting trophies from Africa this month.

About the writer: Emmanuel Koro is a Johannesburg-based international award-winning independent environmental journalist who writes extensively on environment and development issues in Africa and published a book: Western Celebration of African Poverty – Animal Rights Versus Human Rights