The TGA’s response to public criticism of the NSPCA. 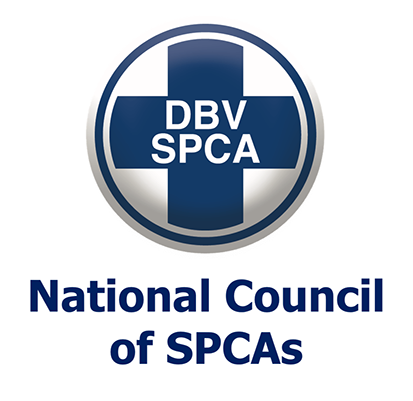 The TGA’s response to public criticism of the NSPCA.

This TGA statement is long overdue.

There are two kinds of Non-Government Organisations (NGOs) that involve themselves in South Africa’s wildlife management and its domestic animal husbandry affairs.  They are animal rights (AR) groups and animal welfare (AW) groups.

The purpose of ARs is to abolish ALL animal ‘uses’ by man. These ‘uses’ include domestic stock farming, the wildlife industry, game ranching, hunting, the buying and selling of wild animals, and the killing of animals (both domestic and wild) for human consumption.  In brief, the ARs also oppose the keeping of pets - dogs, cats, budgies in a cage etc - riding horses and a whole lot more. The ARs insist that man should exist on a vegetable diet alone and that all animals should be allowed to exist in a state of total freedom.

The AW people, on the other hand, accept that man can and should ‘use’ animals for his own benefit and in many different ways provided that, when the animals are alive – such as when a horse is used to pull a cart -  there is no cruelty involved in such use: And that when an animal is killed to gain benefits for mankind (such as when an ox is slaughtered to produce meat for man to eat), the killing process should be ‘humane’. The AWs, therefore, oversee man’s civilized standards when he ‘uses’ animals for his own benefit. EVERYBODY, therefore, should supports AW.

The ARs do not like the AWs because, the ARs say, the AWs provide society with the illusion that it is socially acceptable to ‘use’ animals – which makes it difficult for the ARs to convince society that ALL animal uses by man should be abolished. The ARs, therefore, are not supportive of all the different ways that man ‘uses’ living resources in the furtherance of civilisation. Furthermore, the ARs cannot achieve their objectives without violating the legitimate rights of  other people.  It is the TGA’s opinion, therefore, that there is no place in any civilized society – including South African society - for the animal rights doctrine.

The NSPCA is a government approved and sponsored Animal Welfare organization.  Its purpose, therefore, is to ensure that when animals are ‘used’ or ‘killed’ by man that no cruelty is involved in those processes. And, IF this is what the NSPCA actually does, then it SHOULD be embraced by society at large. Unfortunately , that is NOT what the NSPCA does.

The South African NSPCA functions, in fact, as an animal rights organization. It endeavours to STOP animal ‘uses’ by man in every way it can; and it often works hand-in-hand with international animal rightist NGOs and it sometimes (often?) receives funds from rabid international Animal Rights organizations such as the Humane Society of the United States (HSUS). It is on record that one of the HSUS donations to the NSPCA was 4.5 million Rands. HSUS also ‘trained’ (indoctrinated?) the NSPCA inspectors at no expense to the NSPCA. The NSPCA has often violently opposed the marketing of animals bred within the wildlife ranching community for the express purpose of “making money” for the game ranchers.  It attacks businesses that are involved in the marketing of wild animals; and it opposes wildlife being physically used in tourism ventures (like elephant-back safaris). It also interferes in government decisions made in the marketing of wildlife products – such as lion bone exports.  And, most recently, it has intervened and opposed the shipment of live sheep, by sea, to the Middle East – this costing the South African farmers in the Eastern Cape and Free state provinces a fortune in lost revenue.   None of these activities fall within the scope of a TRUE Animal Welfare NGO.

The CEO of the NSPCA, Ms. Marcelle Meridith, recently retired from the post of “director” of a rabid international animal rights organization called WAP (World Animal Protection)  - which position she held for fifteen years (whilst at the same time she was operating as the CEO of  the NSPCA).  So, during all that time, she wore two hats: one as the Chief Executive Officer of an Animal Welfare Organisation (NSPCA) and one as an executive office of an international animal rights organisation (WAP). And throughout all this state of salmagundi, she kept faith with her animal rights inclinations and she no longer practices as an animal welfare advocate.

The people in the wildlife industry of South Africa; and the people in the livestock farming sector of South African agriculture, are totally fed up with Meridith’s animal rights operations and there is great dissatisfaction with her dual loyalties; or should I say her preoccupation with her animal rights beliefs and her abandonment of her animal welfare responsibilities. So much so is the discontent smouldering that many people are now of the opinion that the NSPCA/Meredith state of affairs needs an investigation by government.  Nobody in Meredith’s position can possibly do justice to her official appointment as the head of the NSPCA whilst supporting the animal rights ideology which is clearly her main concern.

The TGA, therefore, recommends to government that a commission of inquiry be convened to investigate this unfortunate and conflicting state of affairs. And the TGA offers this brief expose in support of anyone taking up the cudgels against this state of affairs. I am, therefore, recommending that the recently formed SUCo NGO takes this matter up with the Minister of Agriculture within whose portfolio the NSPCA operates.

Too many people are ‘fed-up’ with this state of affairs to have it left swept-under the proverbial carpet any longer.