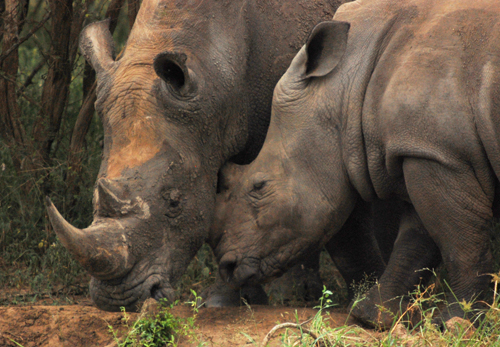 RHINOS IN THE WILD LOST FOREVER IN THE NEXT 15 YEARS ?

Weep with us on this irresponsible decision making derived at due to presure from people who are in the "market" to purportedly protect Rhinos, but ony for their own pockets (see the SCI take on the results of the Animal Rights Groups opposed to hunting of Elephant in Africa - our previous news article).

We shall now indeed, see the total demise of the Rhino in the wild in our life time !  Read Ivo Vegter's take on this issue here