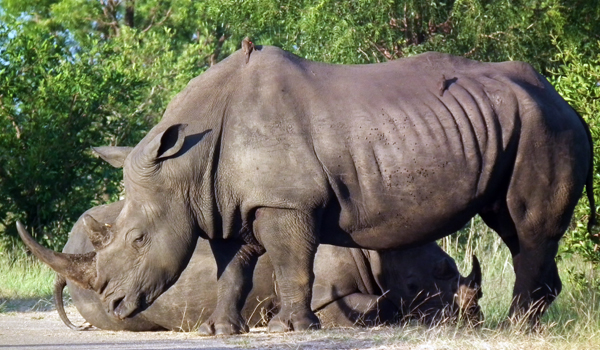 The plight of the world’s rhinoceros species is one that should never have been allowed to happen. Yet, in Africa, the Northern white rhino is virtually extinct, the feisty Black rhino is critically endangered and the placid Southern white rhino has had to be rescued from the brink of extinction more than once; and is threatened again. Their Asian counterparts are facing similar trouble. The Javan rhinoceros is virtually extinct too, the Sumatran rhino is critically endangered and the Indian rhinoceros is vulnerable.