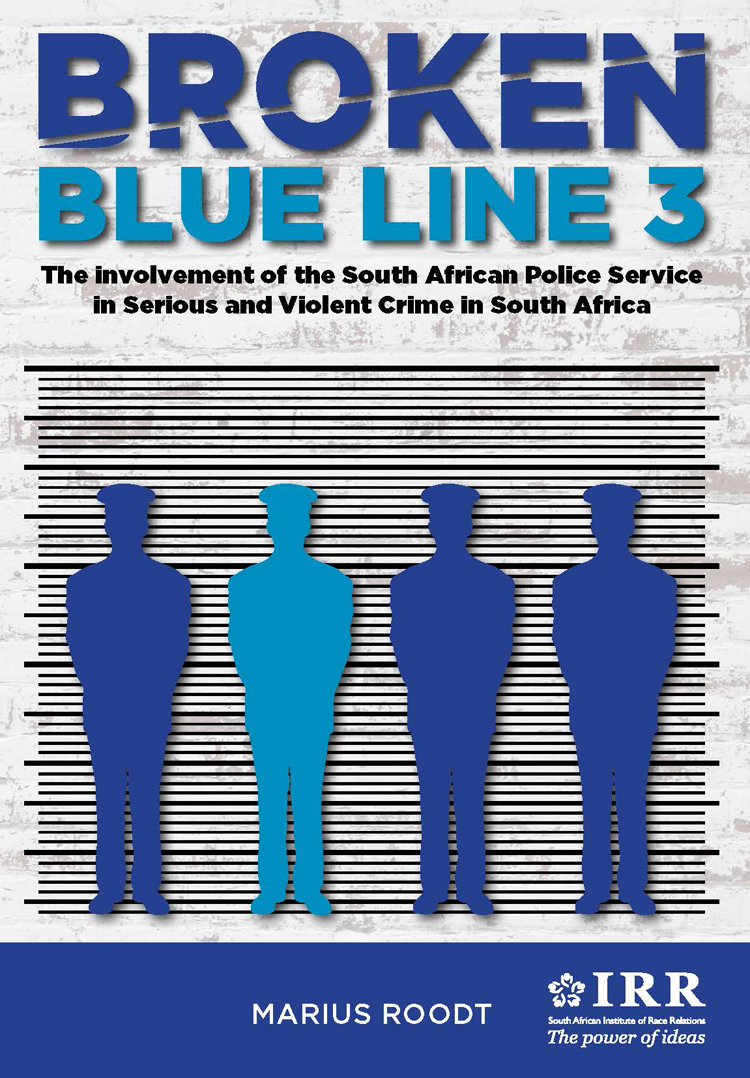 This is the third report of the Broken Blue Line project – the first having been published by the IRR in 2011 and
the second in 2015. As with the two previous reports, this document examines the extent to which the police
are involved in perpetrating criminal violence. As we stated in the previous Broken Blue Line reports, there
should be no need for such a report as the police should be our primary line of defence against criminal
violence. However, as you will read, in too many cases that line of defence has broken down and the supposed
defenders have become perpetrators. What we wrote in the second edition of the Broken Blue Line bears
repeating: ‘As long as the police service remains a home to violent criminals it is very unlikely that South Africa
will experience a sustained and significant decline in serious and violent crime. It is essential therefore that
pressure be brought to bear on political authorities to take police criminality seriously and deal with it effectively.
Creating such pressure is also one of the most effective means by which South Africa can support the efforts
of hard-working and committed members of the police service.’  Read the full report HERE