HOW TO SCORE SHOT TARGETS

11.1     The target is defined as the entire A4 card or A4 paper on which the scoring rings are printed but shall not include the backing against which the A4 target is pasted.

11.5     In case of key-holed, tipped shots, or skid shots, the higher value is awarded as per the explanation of cut-shot above - even though the hole might be elongated to the bullet's length rather than being a circle of the bullet's diameter.

11.6     When a bullet enters a target from the back of the target, it will be scored as a miss – thus counts zero.

11.7     Hits on the outside of all the scoring rings are scored as misses – thus counts zero.

Example of how Shots are Scored on a Target 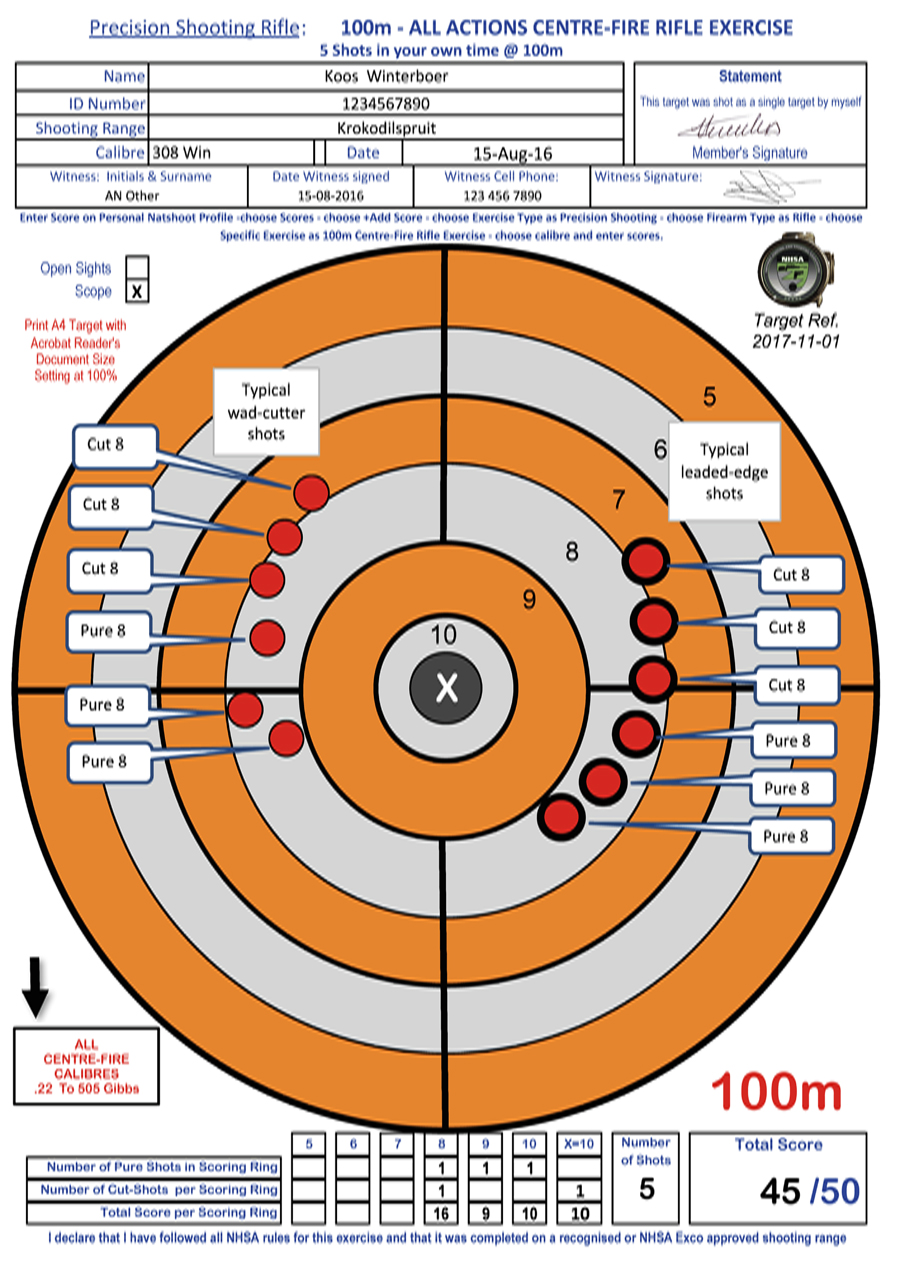