When the Constitutional Court will give their verdict on the Appeal, is not known.  We shall keep members informed the moment we know.

THE SAPS MEDIA STATEMENT RE THE MINISTER'S APPEAL 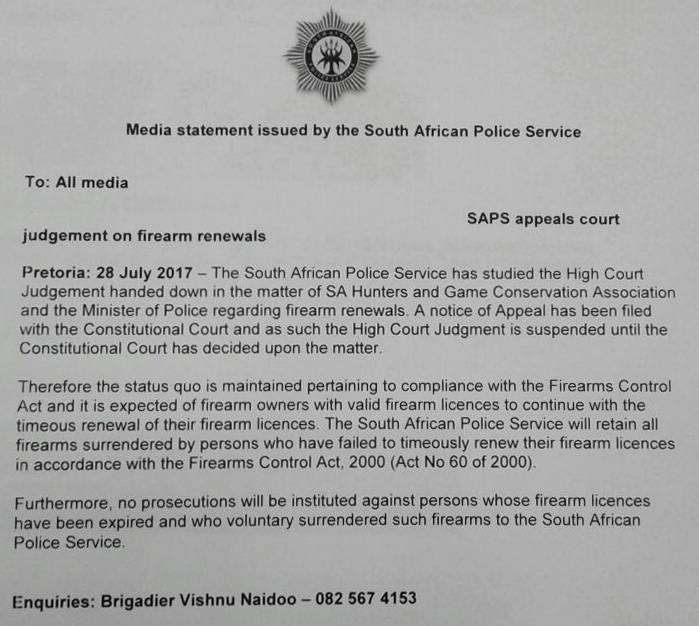