Some PMP Bullets for Reloading Might be Packaged Incorrectly

SOME PMP BULLETS FOR RELOADING MIGHT BE PACKAGED INCORRECTLY

In the interest of firearm safety, and the safety of the large number of reloaders among our members who might use PMP bullets, we post the content of an Email received from one of our members who is also a reloader of his own ammunition.  NHSA whole heartedly shares our member's firearm and reloading safety concern.

Our member writes as follows in an Email to PMP in respect of 308 Win PMP bullets he recently bought for reloading purposes, of which all the bullets in that specific package were not of the same weight and possibly not of the same calibre  (quoted verbatim without any changes):

I write this with regret and feel I need to draw your attention to the lack of quality control with regards to the packaging of your bullets heads, in the interest of other shooters who use your product.

I recently purchased a box of pmp 168gr soft point bullets in 308. However, upon loading of the ammunition I have noticed a number (roughly 11) bullet heads which were for different cartridges or different bullet weights.

This is of great concern as reloaders rely on QC to ensure that what is on the box is actually what is IN the box. This could have caused irrepairable damage to my firearm, let alone injury to myself, by loading incorrect bullet heads in my rifle chamber.

I have attached a picture of one such bullet head, which I had already seated. The bullets have been discarded as I do not know the bullet weight and / or the correct charge with which to load and I would hate for them to find their way back onto my loading process (picture below - our member unfortunately did not say which one is the incorrect one but the differences in the two bullets can be clearly seen)

I would greatly appreciate if PMP would afford more attention to your bullet head packaging as this could lead to injury or eventuall death, at the expense of pmp.

Our member answers as follows in reply to our request to make the information available to all other NHSA members (quoted verbatim without any changes):

"I believe all reloaders need to know of the possibility of such negligence, especially new reloaders who have yet to develop their own quality control processes.

My concern is specifically for reloaders, and other NSA (sic) members, without any prejudice to PMP. If the email is published with that mindset, I am happy that you share".

NHSA fully agrees with the last statements made by our member.  NHSA, however, specifically states that it is in the interest of firearm and reloaders' safety that we post this Email, and not to attack or inconvenience PMP at all.

NHSA is actually of the opinion that this is probably a once off mistake in packaging made by PMP.  All reloaders who regularly make use of PMP bullets in all calibres, are all satisfied with their performance.

This is the first incident of this nature of which we have been made aware.  We are sure PMP has taken steps to rectify the problem on receipt of our member's Email of which the content is copied above.

The fact that the 308 Win PMP bullets in the packet our member bought were not of the same weight and possibly also of different calibres, however, warrants a warning to our members who also reload, to please ascertain that the PMP bullets you buy for your reloading, are indeed meant for your calibre and are of the same weight.  A simple measuring and weighing exercise will quickly "let you know" if the PMP bullets you bought for your firearm, are correct or not.

Please be safe at all times when using firearms - but especially when reloading your own ammunition ! 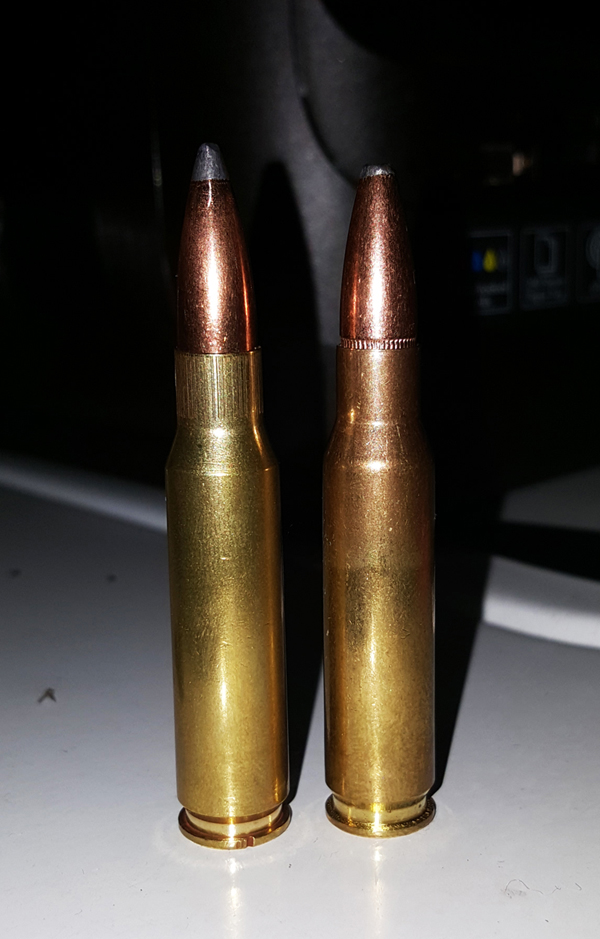